I was inspired by a piece of art I saw at the Jameel Prize 5 exhibition at the V&A earlier this year. The Jameel Prize celebrates contemporary Islamic art, and the work that inspired me was by Hala Kaisow.

Hala Kaiksow is a sculptural clothing designer who works with natural fabrics, naturally dyed and handmade. Her works have a natural emergent quality, as if they were either grown, or used to be something larger that became weathered over time. Her clothes have a nomadic aesthetic, and look like they are hung on a person, rather than enclosing. 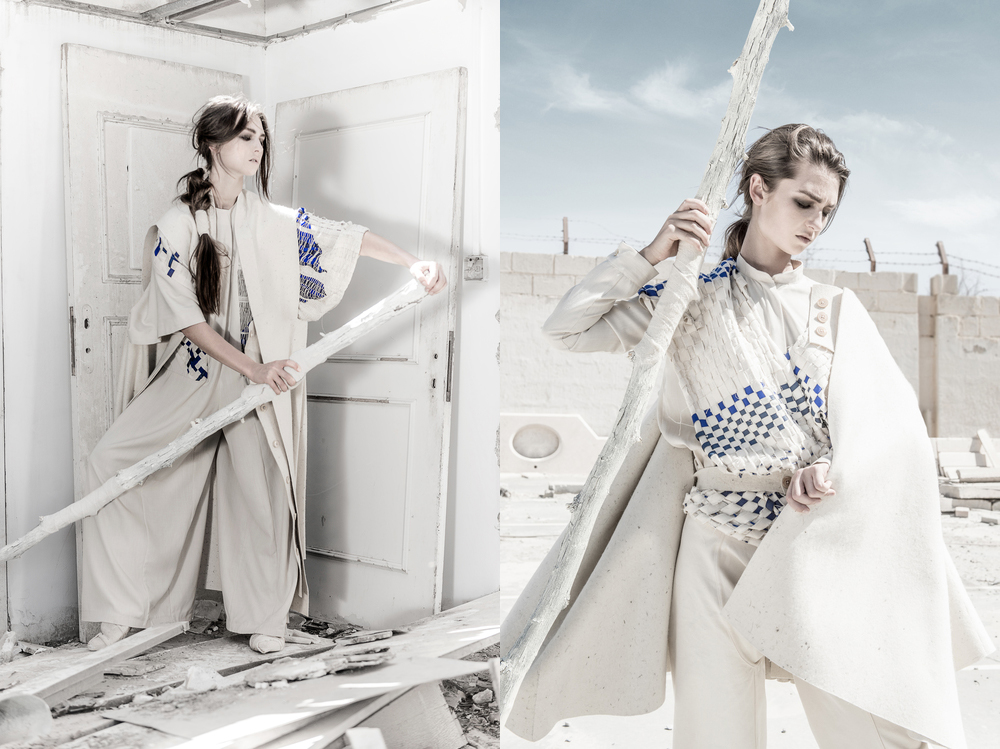 They reminded me of Japanese traditional clothing and how they too feel like they drape bodies in cloth. A haori for example, feels like it rests on your shoulders, unlike a western jacket which feels like it’s attempting to reshape you.

Hala’s work re-stimulated my desire for more varied clothing, because men’s fashion is a graveyard of jeans and t-shirts.

I’ve designed clothing, but never made any; this is my first atempt. I decided on starting with a pair of trousers because I didn’t like the idea of figuring out how sleves work. Later I was told by friends who make clothes that as a starting place, I had chosen poorly.

And boy did I learn.

Fuelled by optimism, I started designing. They were going to be a sort of mix between the following clothes:

Some features that I wanted:

Time to design, and the ideas were flowing. I was getting so into it that I thought maybe I could design a top at the same time? I mean, why not?? So easy amirite??? I decided not to for now. 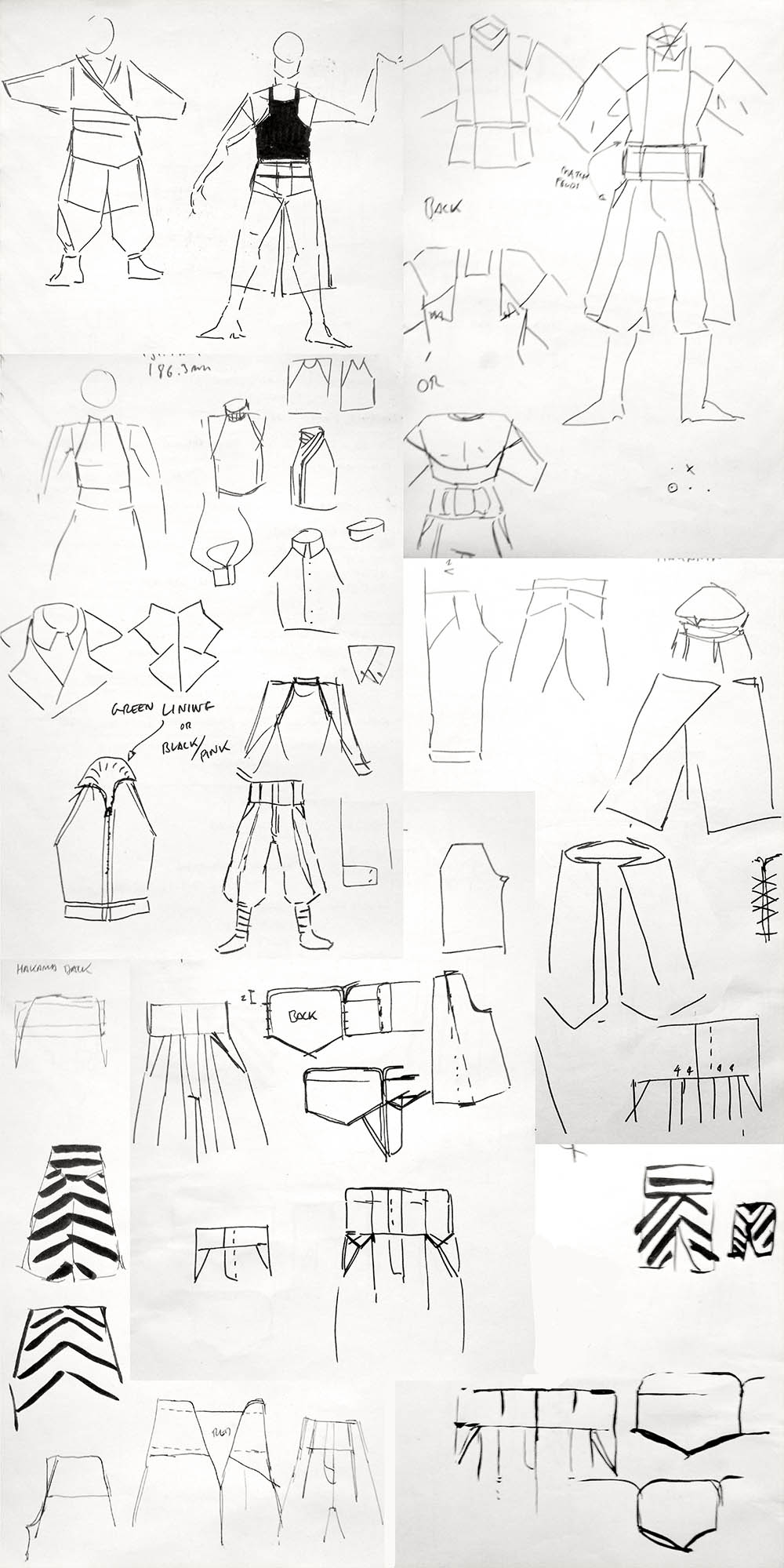 Top Tip If you’re ever looking for sewing patterns for clothing, add the magic word “drafting”, otherwise you’ll just get lots of patterned fabric. That’s right, I made my own pattern, because I have no self control. With pens, paper, rulers, and a little basic maths, it felt like I was making a map, so I found it super fun.

It wasn’t until version 4 that I had something that was actually wearable. 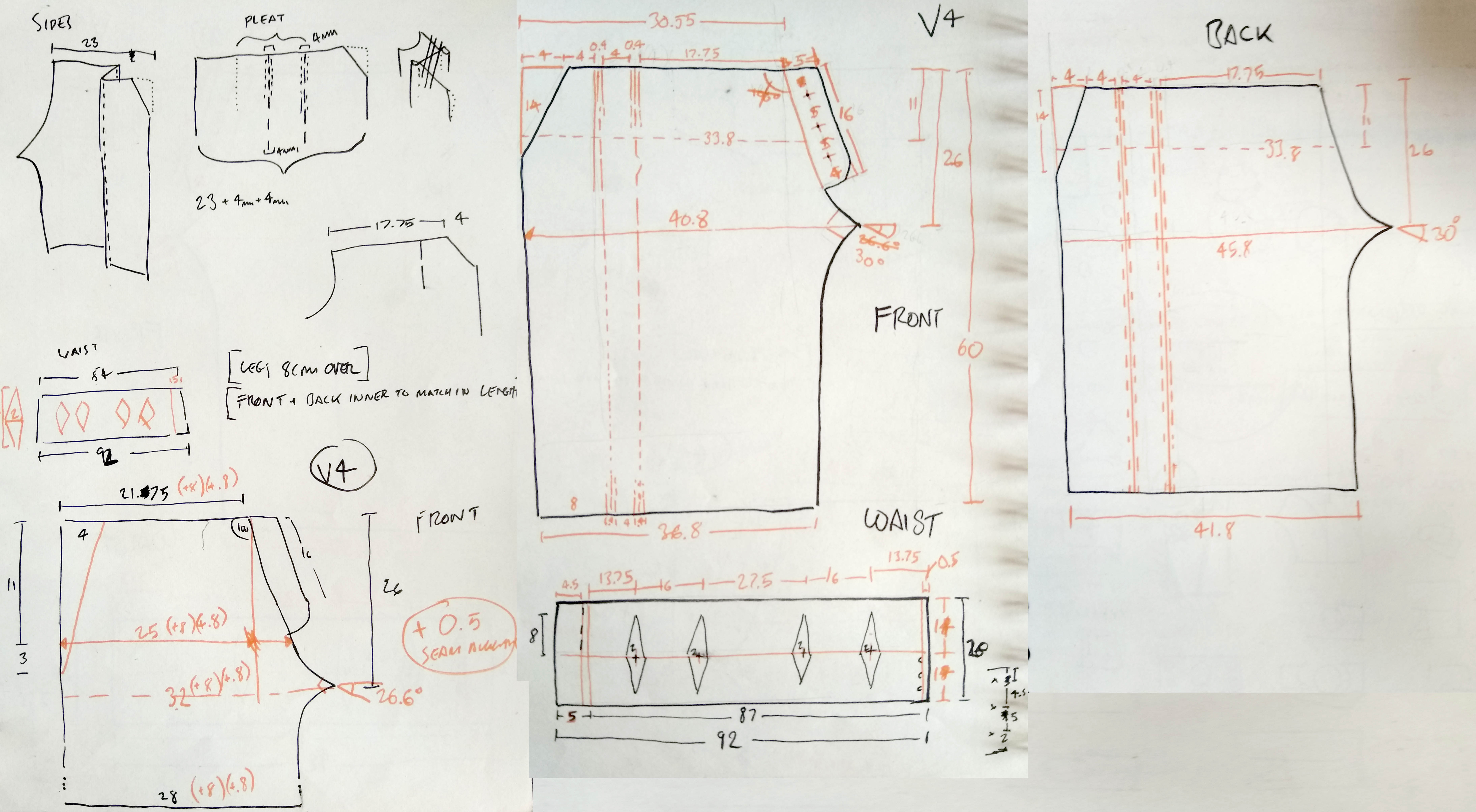 There was a lot of trial and error, I’ll spare you the detail, but as you can see below it took till version 8 till I had something that I liked. It was tricky to figure out where extra fabric was needed and where it was too much.

And here they are!! As a bonus, I added buttons to the ankles so they can be tightened, and an obi belt because they’re so darn cute. 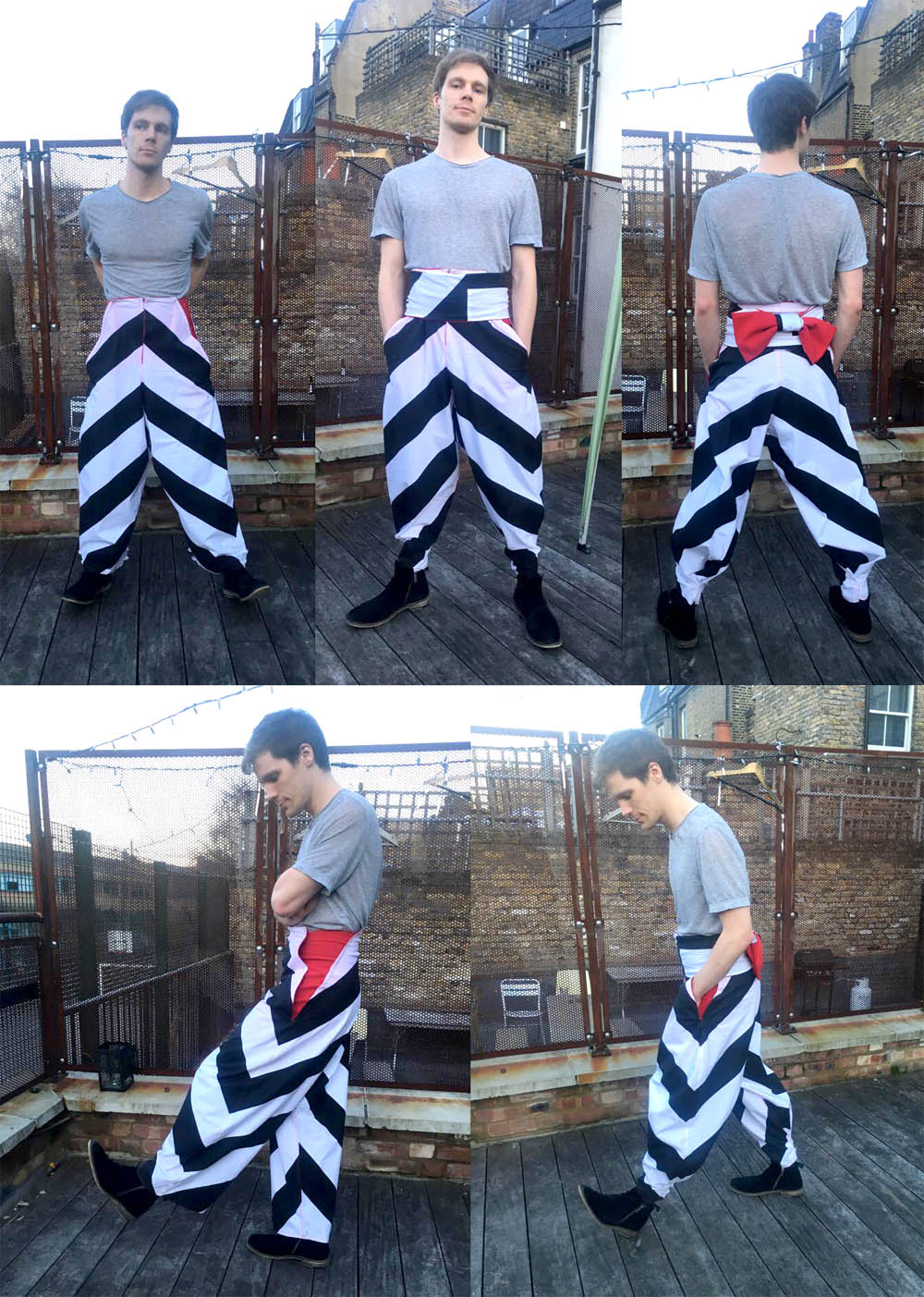 If you’d like to recreate these in your fit, I’ve made a clean version of the pattern you can download below. It’s scaled to 10 pixel per cm. The red parts, just try to make a smooth curve as best you can. There was some improvising in cutting and stitching, but this was the pattern I worked to. If you’d like to be updated whenever I make anything, you can sign up to my newsletter! 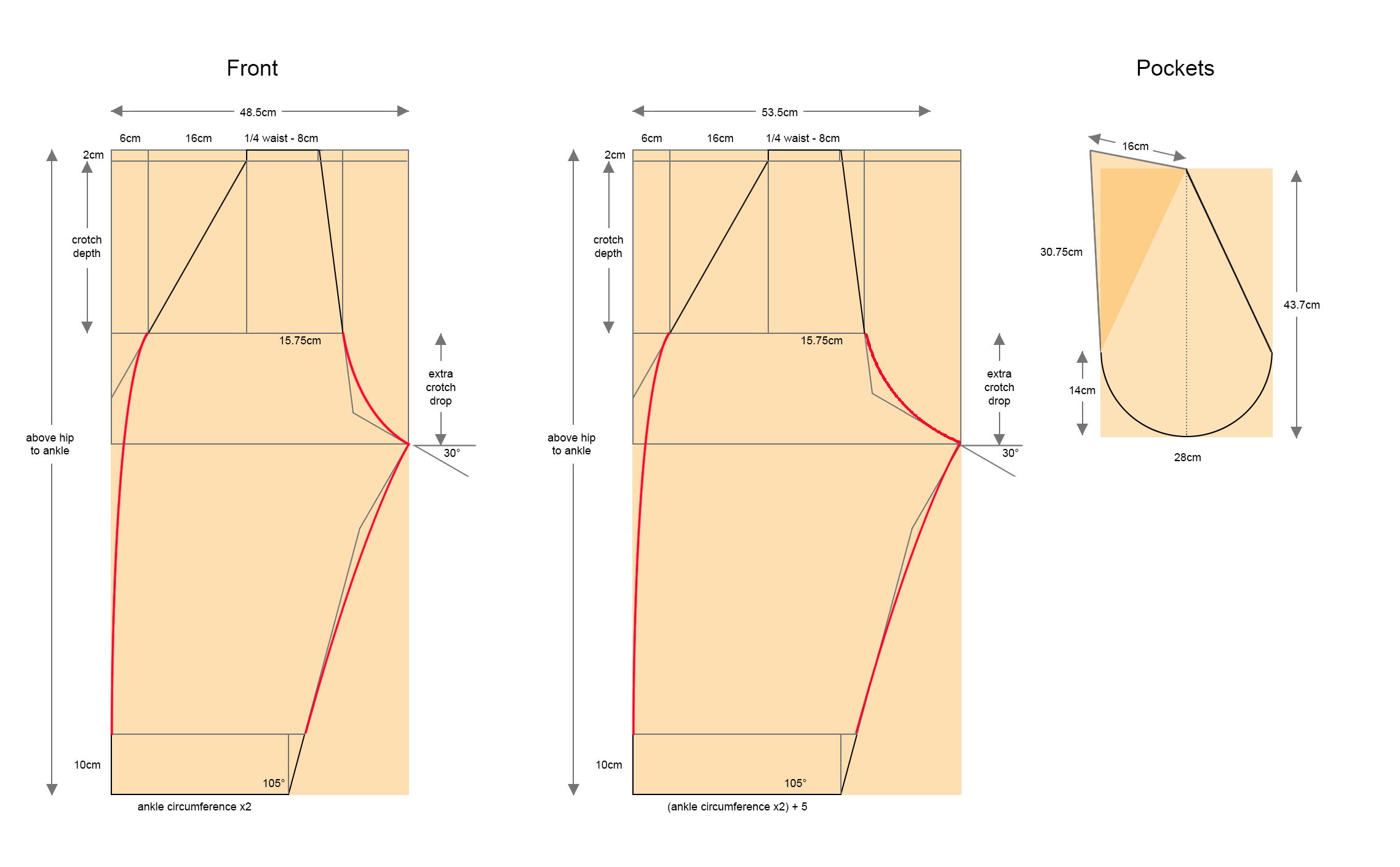 The lens into another place

Last year I found my art to be a bit lacklustre, I don't feel like i've gotten better since last time I had a crack at a drawing. So i decided to d...